I hate Youtube. But some of you guys are okay, so don't go there tomorrow.

This page is an updated version of the page found here.

This page also expands upon the original html page for quicker addition or subtraction of links.

Additionally, this page contains links to other free services, in case you want to watch something else.

Channels I Check Out

Some outstanding Lego creations. These guys spend way too much time on making stuff, but I love it anyways. 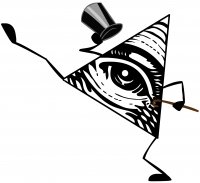 Rednecks and Other Stupidity 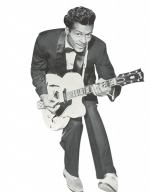 Probably the most important video on all of Youtube. I check it out from time to time because the lesson is timeless.

yup, youtube gained popularity by giving the little guy a voice. only to take away his voice, and give it right back to the media giants - Erotica putting it more adroitly than I could manage.

When something is dumb, crude, and cruel, it is usually referred to as a monster. I am taking the side of many content providers. Youtube is the monster. When censorship, demonetization, and other random fuckery occurs, you know a media conglomerate is pulling strings to steer viewers away from content that they desire. We see it in all other forms of social media,[1] but when you consider how great Youtube started off, compared to what it is doing today,[2] you know something dastardly is up.

In a world full of streaming garbage,[5][6] actual human beings make content on Youtube from time to time. I try to make sure my links are to everyday people instead of those stupid reddit channels that have a computer generated voice just re-reading posts. I also try to limit my viewing of "reaction" content because most of them are just disingenuous fuckos who act like they don't know who Led Zeppelin is or that The Wizard of Oz is a movie.

If I see a guy, gal, or team actually trying to make good, wholesome content, I will try to pay attention. This usually lasts until they annoy me, or do something stupid enough for me to turn off their channel forever. That is the main reason why I created that list of links. Almost all of them are people that offer something other than just begging for Youtube bullshit.[7]

As for professional production on Youtube channels... Yes, I am aware that quite a few of the links that I have listed above (Bon Appetite, Simon Whistler, etc) are actual companies that pour tens of thousands of dollars into the quality, content, and production of their videos. They may be Youtube suck-ups, creating content for money or for publicity, but at least they create content that is half way interesting. The Hot Ones challenge is one perfect example of this. However, as fun and interesting a highly produced and slick video may be, I still like watching some guy out in the woods, with one camera, building something.

This guy almost fully summed it up for me:

In 2005 up until maybe 2010-2011, YouTube was a social network site where you could broadcast yourself and watch original videos like Charlie Bit My Finger, Chocolate Rain, Urban Ninja, Evolution of Dance, Smosh (when they were good, and Nigahiga (when he was good).

Now YouTube's basically a low-quality streaming service filled with ads and low-quality YouTubers who make the same reviews, bad gaming videos, and stuff just to make money. It's a shame that YouTube went from an original social network of fun videos to a safe haven for the richest 1%.[8]

Youtube is a part of a series on Media