Putting In A Curb Stop

They come in many sizes

So you have Installed A Shut Off Valve On A Water Main. What do you do next? Do you just bury it? Do you just leave a hole there so that some kid can fall into it and break his arm?

If you bury it, you can't shut off the valve if you need to, and that was the whole point of installing the thing, right? If you leave the hole open, it will not become a hazard by injuring a child, but it could fill up with water and make a huge mess. So just what do you do???

You spend a few hours Putting in a Curb Stop.

WTF is a Curb Stop?

You ever walk down the street and see one of these things? 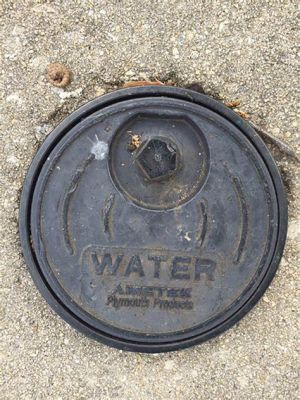 The top and cap of a Curb Stop

What you see in that picture is the top of a cast iron pipe that is oriented straight down. It leads to a bell housing that covers the top of a water shut off valve. Usually, these shut off valves turn with a key. In between the top and the bell housing is a cast iron "stove pipe." This stove pipe can be any length, but is usually just a few feet. The whole mechanism is designed to provide a protected access to the valve so that the water main can be shut off and turned on.

To prevent hooligans from messing with the valve, there is usually a cast iron cap that fits into the top of the curb stop. Some of them will have a five sided bolt that will prevent access to normies who don't have a five sided wrench to open the cap.

What A Curb Stop Is Really 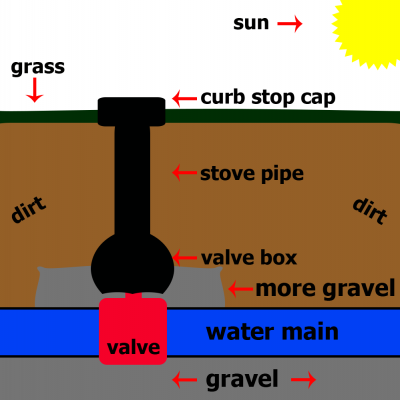 Details of a curb stop

You got your average valve here...

And then you put your average curb stop assembly on top of it... 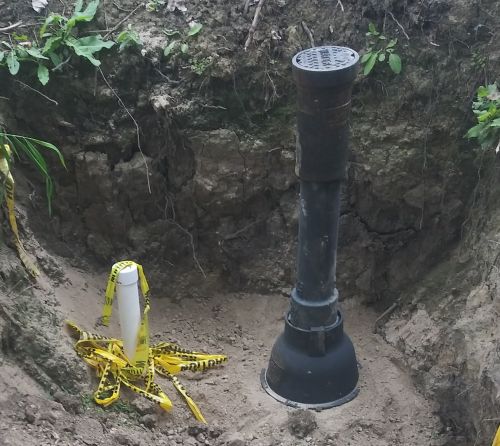 Finally, you start to bury the thing so nobody can screw around with it.

I forgot to take a picture of the end result, but do you really need it? I drew that MSPaint image up there that pretty much explains the whole process. I may go out there and take a picture at some later date, but don't hold your breath.